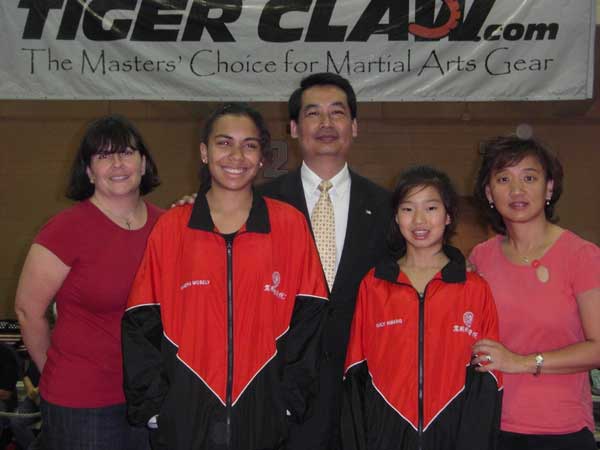 The 2008 Tiger Claw Elite Championship where held at the Disney Wide World of Sports in Orlando, Florida, on October 24th & 25th. The U.S. Wuhsu Academy was represented by Emily Hwang and Sandra Mosely in their first Tiger Claw Elite Championships tournament. There were thousands of marital artist from across the country and even from Canada and Puerto Rico. On Friday,

Emily Hwang competed in the 11 and under Traditional Wushu Weapons division. Emily powerfully preformed her straight sword form for the crowd. Sandra Mosely competed in the Young Adult Tiaji Chi Internal Weapons division. Sandra gracefully preformed her Tiaji Chi straight sword form. It is a great pleasure to annouce that both young ladies place 1st in their respective divisions on Friday bring home crystal trophies. The Grand Championships on Saturday were very exciting, only first place winners from Friday moved on to the Grand Championship rounds. Both young ladies competed against marital artist from different disaplines that placed first in their age divisions the night before. The competition was impressive. Our young ladies both placed 3rd in the finals and came back looking forward to next competition.